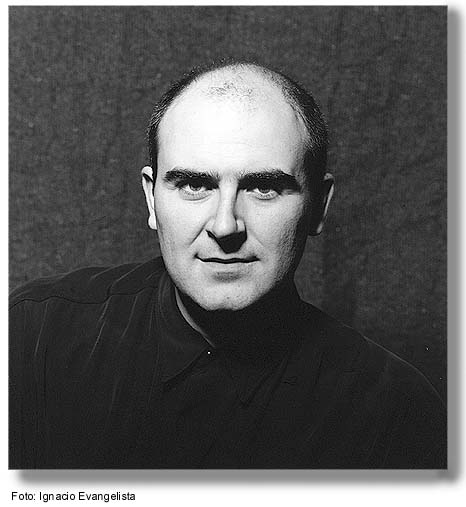 ááá Born in ( ) in 1960. He studied Composition and Piano at the Conservatoire of his native city, where also studied Orchestral Conducting with Manuel Galduf, achieving the highest qualifications and obtaining the Honour Prize in Counterpoint and Fugue, in Composition, and Mention of Honour in Orchestral Conducting. He is professor of Composition and Instrumentation at the Conservatorio Superior de Música Joaquín Rodrigo in Valencia. Elected Member of the Royal Academy of Fine Arts of , reads his inaugural lecture in 2010. In 2011, The IX International Classical Contemporary Music Festival of Lima (Perú) paid homage to him and he was awarded the Antara Prize for his "brilliant artistic career". In 2015 is appointed Artistic Director of the International Contemporary Music Festival ENSEMS of Valencia.

In 1988 the Council of Valencia commissioned him the composition of a TE DEUM to celebrate the 750th anniversary of the  Conquest of the City in the Cathedral, with the attendance of the King and the Queen of Spain. This work was recorded in CD and was awarded later the 2nd Prize in the III International Symphonic Choral Composition Competition of JONDE in 1991. He was appointed Composer in residence of the Joven Orquesta de during 2001 and 2002, composing by commission from this orchestra and his conductor Manuel Galduf the works VESTIGIOS,á for chamber orchestra and electroacustic music, and SOBRE LOS ┴NGELES, for symphonic orchestra, both recorded in a monographic CD.

By the end of 2007, the de les Arts Reina SofÝa asked him to compose a PRELUDIO FESTIVO in order to inaugurate its Auditorium. It was premiered that same year by Lorin Maazel conducting the Orquesta de February 2008 was played again his TE DEUM in the Cathedral of Valencia, this time for the celebration of the King James I 800th birth anniversary. The event was officiated by Cardinal GarcÝa Gasc¾, in the presence of the President of the Generalitat Valenciana and the Mayor of the city, and was broadcasted live by TV. In February the 10th, 2012, in the Auditorio of Castellón, Zubin Metha, conducting the Orquesta de premiered with great success his CONCERTO for ORCHESTRA Op. 73, concert repeated the next day in the Palau de les Arts Reina Sofía de Valencia.

His varied catalogue of works has more than 80 compositions which have been performed in , , , , , , , , , , , , , Perú, etc. His discography includes up to now more than 27 CDs, offering several of his most representative works. As a Musical Producer, he has released 9 CDs, eight of them containig orquestal music and vocal-symphonic music with the EGT label. á He has composed and conducted scene music to request of the . From 1993 to 1995 he was living in London working as a freelance composer. Since 1989 he has made several seminaries, lectures and reports about composition and contemporary music in Spain and abroad.